Horatio Bottomley and "Brand of Britain"

I've recently finished work on a ten page story, written by Andy Luke, which will be released in a Graphic Anthology next year to commemorate the 100th Anniversary of the beginning of World War One.  The Anthology is called "To End All Wars" and will be released by Soaring Penguin Press.  Andy's story, entitled "Brand of Britain" focuses on the exploits of one Horatio William Bottomley (March 23, 1860 - May 26, 1933), described on Wikipedia as "a British financier, swindler, journalist, newspaper proprietor, populist politician and Member of Parliament (MP)."  He was all that and more.

I admit to having never heard of Bottomley before Andy pitched this project to me and gave me some background on the man.  As it turns out, Bottomley has all been all but written out of history and, having read some of Andy's reference material, I can see why his role in WWI has been played down for almost a century.  Still, his story is a fascinating one and I urge anyone to do even the slightest of reading on him just to appreciate what a character he really was.  Better yet, pick up the anthology when it comes out next year and read Andy's interpretation of Bottomley's exploits as a successful War Recruiter and rascal of the highest order.

In the meantime, here's the process page from "Brand of Britain." 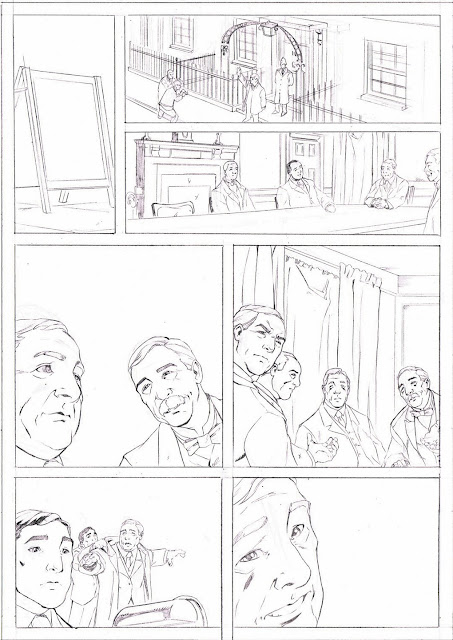 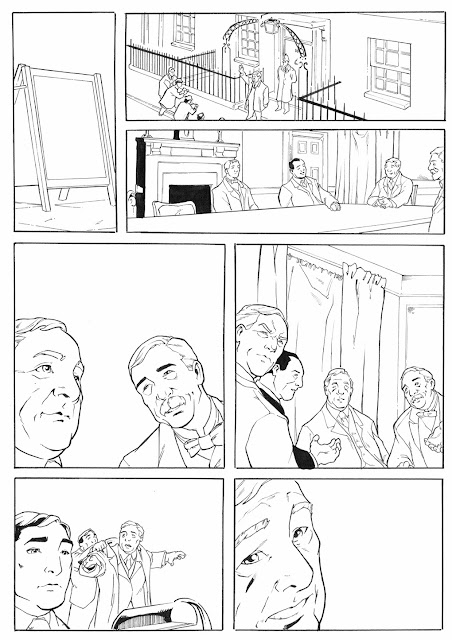 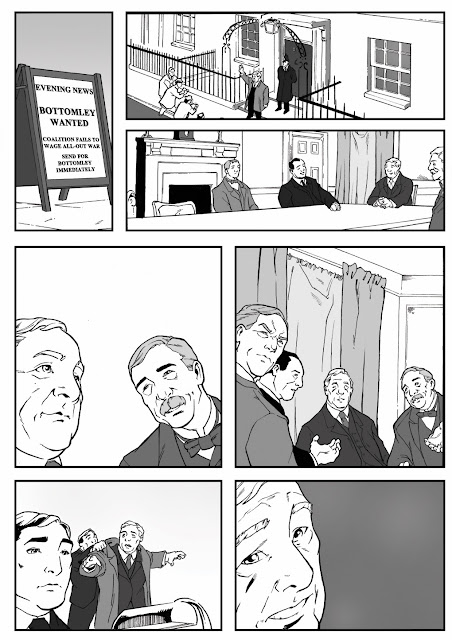 The story has been lettered by the talented John Robbins, release date and ordering information to follow.